Sorry, you need to enable JavaScript to visit this website.
Skip to main content
Stay with us

Launched in 2016, the Baby Connectome Project (BCP) is a groundbreaking quest to uncover the inner workings of the developing brain in the first five years of life. As the world’s largest undertaking of its kind, BCP aims to characterize brain connectivity patterns during this period, understand the relationship between the brain and behaviors and establish a foundation for exploring the paths of health and disease. BCP is supported by a collaboration between Wyeth Nutrition, the Foundation for the National Institutes of Health (FNIH), and National Institute of Mental Health and executed by University of North Carolina and University of Minnesota, recipients of the NIH grant. 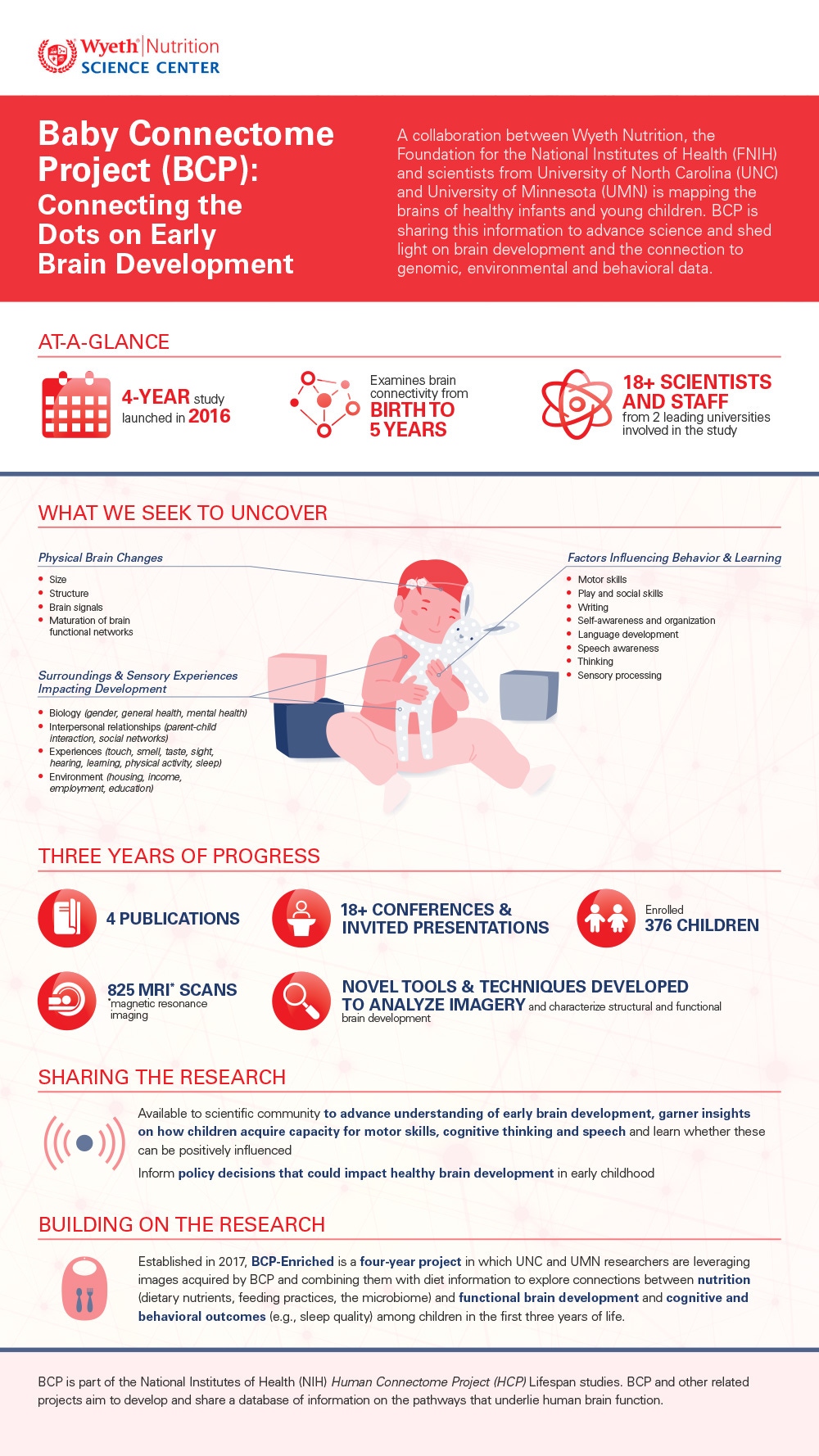 The Gut-Brain Axis and Development of Functional GI Disorders

The Role of Polar lipids in brain & cognitive development